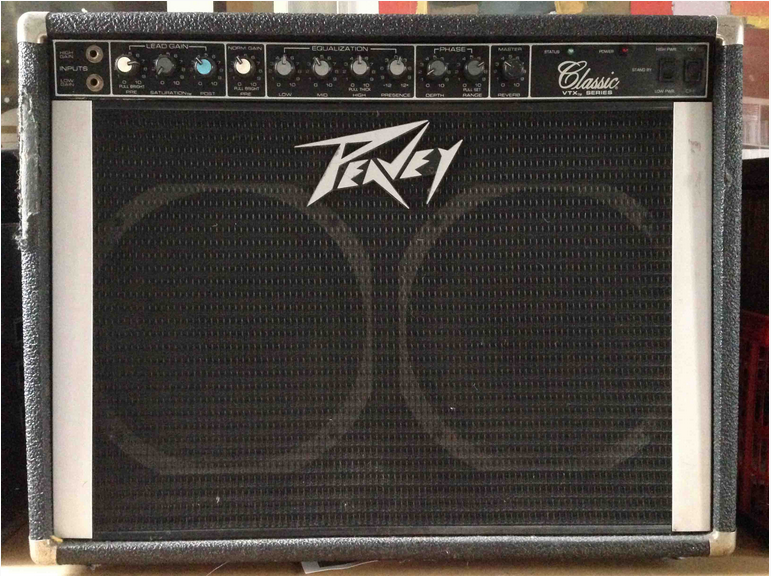 I started to go to Cintioli’s all the time. At this point, I had been buying strings and picks for months. The heavy “get the fuck outta here, kid, ya bother me” vibe lingered, but less now than before. Still, I’d brace myself each time before going in. I mean, at this point, I’m actually a legitimate shopper. I’m sure I had bought at least a strap or maybe even a cord from these guys. Some of the sales guys were super cool, and would make suggestions and answer questions about things. Some of them still seemed like they didn’t want to be bothered. Here’s the thing about the guitars and basses hanging at Cintioli’s: If I remember correctly, there were no prices written on them. There was just a tag that said what it was, if it came with a case, and some code that only the employees knew. So, if you wanted to know how much a guitar cost, you had to ask somebody. I think the idea was that a sales guy would be able to size you up and start the proceedings at the highest number he thought he could fleece you for. Then, the haggling could begin. The thing is, I wasn’t a haggler. I think the Irish are notorious non hagglers. Satisfied with very little, used to being stiffed.

Another great thing about my visits to this hall of haggling, was listening to the other shoppers. The place was so narrow, you couldn’t help but hear what was going on throughout. If somebody was shredding the fuck out of something, that was the best. They’d be blazing away, with fuzzed out, lightly delayed (echoey) tone that had a flange finish, as was the requirement of the day. Everybody still worshiped at the altar of Edward Van Halen and Randy Fuckin Rhodes. There would be a rip and a squeal as dude tried out the rig, be it amp, pedal, or guitar. Crushing the Floyd Rose tremolo to drop the strings into the sonic basement, then releasing as they re-engaged and found the pristinely fingered chord with surgical steel precision. Then dude would play some wicked rhythm chugging his way through the beefy power chords that would land in your heart, balls, and feet, as you understood the body of the tune (whether it was one I already knew or not), then after about 4 times through, he’d start soloing and play his leads shimmying up and down the fret board, inspiring me and annoying old Benny, the owner, who’d wait for a pause and holler, “Turn it down! We’re all gonna go deaf! You can keep playing, but ya gotta turn it down! I’m on the phone over here!”

It wasn’t just guitar heroes. You’d hear all sorts of bass and keyboard players as well! Funky, soulful, and illustrious bass lines rolled out of thunderous amps at the punctuated discretion of these low end gods. Piano virtuosos checking out the latest synths. One time this dude played Love Comes Walkin In by Van Halen. He had the tone perfect and the volume was rich and robust. I felt so uplifted. He immediately segued into the intro to Jump, and I imagined rocking in a band with a sound like this. A sound that could fill a stadium!

Not only did I learn volumes from hearing them play, I’d listen to their conversations. I’d eavesdrop as they talked to their friends about what they might buy and why. I listened as they talked to the mullet headed salesmen about the features of a certain piece of equipment. I heard the term P.A. thrown around a lot. The elusive P.A.! I wonder which of these things is a P.A? I started to hear some haggling. It made me profoundly uncomfortable. I did a lot of arguing with teachers about what constituted “done” homework. I knew my homework wasn’t done, but in order to feign ignorance properly, I had to engage in this phoney argument about what I thought “done” meant. I always lost this argument, but it was necessary to maintain the persona I’d created to get through school. This haggling felt similar, but as I listened, I’d hear results. I’d hear dude say he wanted the Flying V (why is it flying?), and he’d be happy to trade the Ibanez Strat for it, but couldn’t he then just pay another $350 on top of the Strat and not $435, which is what the math from the coded price on the ticket said it should be. Vinny the clerk would say, “Hey Benny! Can we do the Ibanez and $350 for the V?” I thought, Oh shit, Benny got called. Dude’s gonna be in so much trouble. Then, like a musical miracle from harmony heaven, Benny would walk over and gently say, “How ‘bout we do the Ibanez and $375?” He looked at dude and said, “How’s that? You can do that, right? You know it comes with a case, right?” Dude would nod and everything rolled forward. My paradigm shifted. There was some flexibility in this Rock and Roll world. A little wiggle room. A man could live.

On one of these visits, I saw it. My new amplifier. It was a Peavey Classic. It had a price tag on it that I could understand. For some reason, the amps and keyboards didn’t have that obscured pricing convention. It said $250. I asked Robert, the most relaxed of the sales force, “Hey, do you think this is loud enough to play with drums?” “That?! Yeah, definitely! You could probably turn it up to 3 and hear yourself just fine over the drummer. Why, You want to try it?” I didn’t want to try shit. I just wanted to buy it! There was no way I was gonna play guitar in the store at Cintioli’s You had to be good, or so I thought. I wasn’t gonna embarrass myself. “I think I wanna just buy it” “Yeah?” He replied with one eyebrow up. “ I could probably get Benny to come down a bit on it. What’s it say? $250? I could probably get him to give it to ya for $210, $225…” A miracle. The amp was haggling itself! I didn’t have to do anything! I said, “Yeah! That’s great! I don’t have all the money, though. Can I put it on layaway?” “Oh, now you want layaway too?” He said, ball breakily. “Uh…” I turned red and got real uncomfortable. “How long is it gonna take you to pay it off? I mean as long as it doesn’t drag on like 6 months…” “No!” I said. “ I have a hundred and twenty five dollars at home” I can probably pay off the rest in 2 or 3 weeks I think!” “Oh, yeah. Sure. No problem” I was delighted. The amp had a knob on it called “SATURATION”. What the fuck was that, I wondered!! I desperately wanted to saturate my guitar.

Very quickly I walked home, got my money, and walked back. It was just shy of a mile from my house. They closed at dinner time and I very much wanted to get my amp on layaway before anybody else came in and grabbed it. I had saved up the money from working with my insane uncle George, who ran a fucked up day camp out of a van. I could write another whole book about that goddamned weirdo. Maybe I had mowed some lawns too. I can’t recall. This may have been the one time in my life that I was bumming a bunch of money from my folks and step-folks. I’d kinda had it with paper routes and was 14 years old, so I wasn’t quite old enough to work at ACME yet. Ya know, my dream job? I came back with the cash and Robert wrote up a layaway tag. “Benny said you could have it for $225. He thinks you’re a good kid. Are ya? You a good kid?” “I don’t know” I answered awkwardly. Suddenly this whole thing felt a little gay. “So $225 plus tax is $238.50” Fuuuuck I forgot about tax! “Minus, whattaya got…buck and a quarter?” “Yep!” I answered and handed him the bread. “Okay. $113.50 is the balance. Here. Keep this ticket. Each time you have some money, bring this ticket with you. We’ll put a SOLD tag on it and as soon as you pay it off, you can take it”