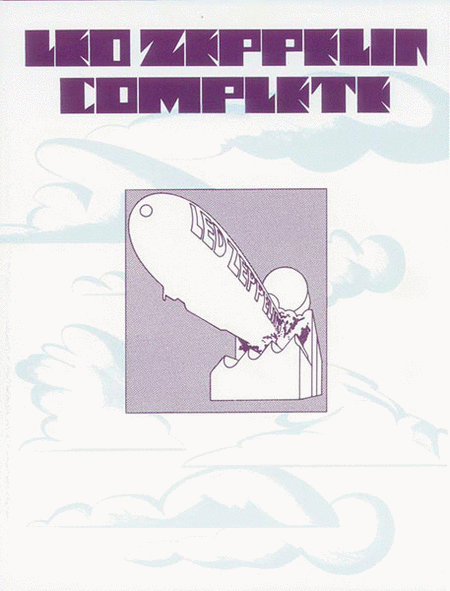 Teens. Give ’em an inch, They’ll take a mile. It’s a cliche, I know. It’s a cliche because it’s true. I had the perfect situation. I had parents who were willing to let me have a full band rehearse in our basement during the day when nobody was home. What do I do? I turn our house into the indoor version of Heavy Metal Parking Lot. We decided the basement was no longer big enough to house the growing band and the small daytime army of heads that liked to come around and smoke cigarettes and listen to the same 6 fuckin songs all day every day. Richie and I figured everything would be cooler if we moved all of the living room furniture into the dining room and brought the drums and the guitar/vocal amp up into the living room. We figured out that the vocal mic fed back less this way and that was that. This was an insanely bad idea, but it quickly became the new normal. I think we kept all the doors and windows closed and the central air turned up high, but even so, everybody said they could hear us playing a full block away as they approached my house.

I lived in a row home in Frankford in lower northeast Philadelphia at the time. My immediate neighbors to the right were The Chestnutts-an exceptionally kind, wholesome family, a dad, a mom and 2 daughters. When we first moved in, a year and a half earlier, we became friendly with them right away. They were Christians and they were very active in their church. Any conversation you’d have with them would include some mention of their church because they spent so much time there. They weren’t shitty Christians, though. They were truly kind people, perhaps the most genuinely decent people I had met at that point in my life. They definitely had some funky, “born again” flavor to them, but they were really great neighbors. Bob had been laid off a few months before and was home all the time, doing home improvement chores. His wife was at work all day and I don’t know where his daughters were, I can only assume they were around. They certainly didn’t deserve to be brutalized by the extreme volumes we were producing. I think I might have even sleazily approached Bob during this period and said something assholish like, “Hey Bob! If it gets too loud over here, just let me know” as if any sane person wouldn’t know it was too fuckin loud. Bob just smiled and said “Nope! No bother at all!” He must have been doing some kind of turning the other cheek, because I was slapping the whole block with my bullshit music and he had a front row seat.

My immediate neighbors to the left were the ALs. I don’t remember their last name, but it was an old man named Al and his son, a slightly less old man also named Al. There was a mother when we first arrived, but she got sick and died soon after we moved in. The old man was broken and devastated. Young Al never said anything or looked at you. Each Al weighed about 300 pounds and the old man had trouble walking. A few years later I found out that younger AL was an acid casualty. Whoever told us this story said that he had been relatively normal, then one day he was on the El platform at Frankford Terminal screaming at the top of his lungs that Nixon was the Antichrist. He was dragged away and institutionalized and when he came back he was this hermetic lump who also probably didn’t need to be pummeled by our relentless interpretations of Born To Be Wild. I had also recently started playing some lousy version of the riff from the already lousy song Finish What You Started by Van Halen. It must have already been insanely annoying when we were doing this shit in the basement. In the living room it was probably pure torment. The ALs were always home from what I knew. Like, shut-ins almost.

One day towards the end of the summer, like maybe the 2nd or 3rd week of August, around 1 o’clock we were having a rehearsal. Richie, Steve and I were working on Sweet Leaf by Black Sabbath. It sounded whoreanus-like what you get when you mix heinous with horrendous. Sitting around enjoying this atrocity were Brian, Eric, Christian, Wayne, Robin, and Judy. We decided to take a break. Steve wanted us to learn Goin’ To California by Led Zeppelin. Brian had a Led Zep music book that had the lyrics and piano music and chords. The fact is, for as much as I listened to side 1 of Led Zeppelin 4, at that time, I guess I didn’t flip it that often because I was kinda fuzzy on how the song went. If I had been more familiar with the song, I’d have told Steve that it was a terrible idea. Goin’ To California has these really beautiful multi layered acoustic arrpegiated chords that there’s NO WAY I could have even come close to playing. Also, IT DOESN”T HAVE ANY DRUMS, so what’s the fuckin point? Richie was the strongest musician of all of us. Why would we play a number without him? But like a nitwit I grabbed the album and started listening to it with Richie while looking at the chord charts and trying to learn it right then and there in the living room.

Steve hollered in from the kitchen and asked me if he could make himself something to eat. “There’s nothing in there”, I answered, trying to keep him from eating my parents’ food. I was sort of telling the truth. It was slim pickins in the fridge at that particular moment. I certainly didn’t want him fuckin with the Cinnamon Toast Crunch stash in the pantry. It was bad enough that I had all these people in the house all the time. I couldn’t start feeding them. That would fuck up my system. “How about this bread and gravy?!?” he came into the living room holding a green tupperware container with some old beef gravy in it. In his other hand he had our bread loaf. I had to stifle a laugh. I wanted to bust a gut that he would think that was a good thing to eat but I didn’t want to get shanked, so I just said “uh..yeah, go ahead!”, all the while, still trying to crack this song and having NO luck whatsoever. Judy asked me if she could use the phone. I said, “uh..yeah, go ahead.” and motioned her toward the kitchen.

Just then, I heard the basement door slam shut. You had to slam it to lock it. Then a moment later, I heard heavy work boots on the basement steps and I knew I was doomed. It was my dad, home early, sick from work. As he angled past Judy, the sexy metalhead girl, who was in the kitchen doorway on the phone on hold with somebody and stood shoulder to shoulder with Steve, the 24 year old parolee who was standing, dipping a slice of Strohman’s white bread into an old bowl of gravy, he locked his eyes on me. He was pale, white and clammy looking. I could tell he was actually already feeling terrible before he got home. Now he was enraged on top of it. Without breaking the death lock stare he had me in, he said in a perfect Dirty Harry voice, “Everybody’s Gotta Go.” and he walked up the stairs to his bedroom as everybody silently and terrifiedly got their shit and whispered their goodbyes and slunk out the door. They all knew how much trouble I was in.

The next 45 minutes Richie and I spent loading all the gear back into the basement and putting the furniture back where it belonged. I wanted to make it take a long time because I knew once everything was back in place and Richie was gone, that I was fucked. I was getting grounded for sure. I was probably going to get screamed at. I was definitely getting a minimum of 45 minutes of being asked questions like, “What were you thinking?” and “Don’t you give a shit about our neighbors?” and “What makes you think I’d want that many people hanging around here?” Questions I would invariably answer with “I don’t know” because if I gave honest answers like, “You know, down in the basement the vocal mic was feeding back all crazy” and “no I don’t give a fuck about anybody but myself” I’d get smacked right into next Monday.