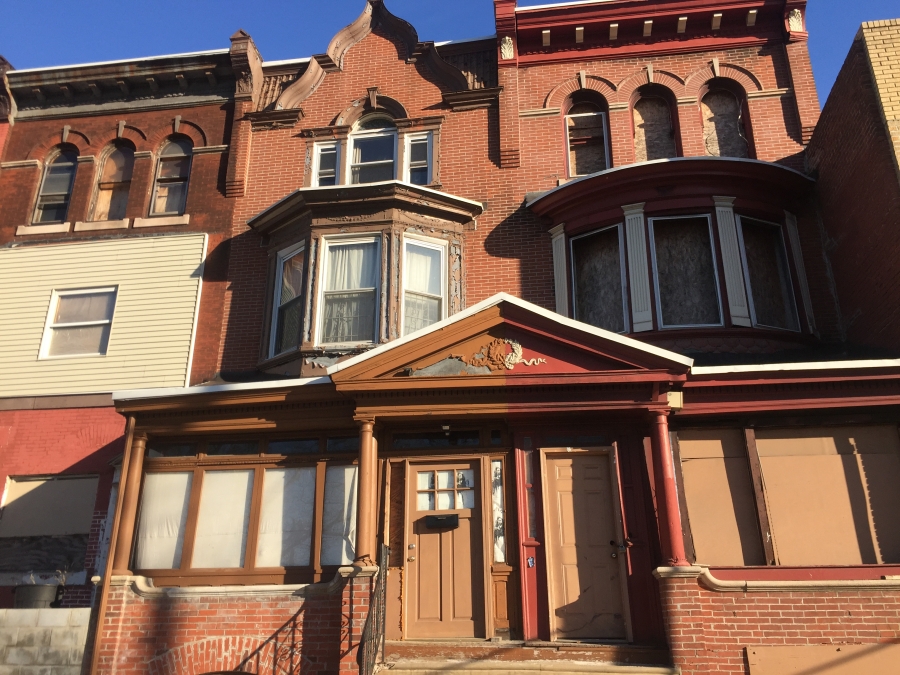 Alice sent me home with the first few pages of the book to work on. In our lesson, we had covered both basic music theory and basic horn technique. The idea being that I would simultaneously learn how to read music and how to play the saxophone. It was only by thinking about this after the fact that I realized these were 2 separate skills. As I was engaged in these lessons, I perceived that it was all one fluid course of study.  She showed me a few musical symbols and explained their meaning.  The music staff with its lines and spaces, the notes, whose names were determined by where they fell  on the staff. The sharp and flat symbols, which would pitch the note a half step up or down. Whole notes, half notes, and quarter notes, the shape of which determined a note’s duration, as well as the corresponding rests, which told you when you weren’t playing. Time signatures, whether a song’s rhythm had 2, 3 or 4 beats in a given measure. We also spent some time making sounds with the horn and playing some notes. On the sax, you blow into the horn percussively while holding different combinations of buttons with your fingers to generate a single note. Then we married the 2 worlds by learning a very basic  3 note song called “Hot Cross Buns”. We covered quite a large quantity of material on that first day.

I frequently bitch about context. I’m gonna do that again right now.  Context is EVERYTHING.  All of the wretched education I have ever been subjected to in my entire life has been completely devoid of any kind of context. It’s all just been these floating, barely connected facts that seem to be delivered as if read from some list (probably a state generated lesson plan). Try explaining that written music is just that: a way of documenting what is played.  The way it was explained, (or not, in this case) it seemed that all of the music in the world was generated by these dots on these lines and spaces. It was taught as if no music ever happened on it’s own.  This system of written music, which I’ve since come to know is merely a way of communicating something that’s happened musically to another person or group of people who might play or play together, was given all of the credit for everything.  The fact is: MUSIC IS EVERYWHERE. Keith Richards tells us (and I’m paraphrasing) that songs are everywhere all around us all the time, like radio waves and all we have to do is tune into their frequency and be open to them-pluck them out of the air. My own experiences confirm this.

Now I must also explain to you that I was a horrible student. I could go on all day about the inadequacy of my pre, primary, secondary, and college (3 semesters) education. It was woefully under delivered by mostly disinterested, not super intelligent people. For the most part, none of them had a burning desire to educate. They just had a high enough tolerance for being around asshole kids and didn’t mind telling them to shut up, all day every day. However, I was also a dreadful student. I never learned to study because I never had to. I never learned to try, also because I never had to. I have a really good memory, and I always have, so for the most part, all I ever had to do was half listen in class, and I’d get enough information to get Bs.  I never did any homework either. I’d just sit at the kitchen table thinking about beautiful women for an hour or so, then I’d put my books away and act like it was all done.  In class the next day, I’d look at blank pages and pretend to read answers off them. Or, if it was the kind of homework you had to hand in, I’d just act as if I had done the work, but it had somehow gotten erased mysteriously.  I did this for years and years. It always worked just fine until I got to college. College was too hard to fake. I failed a lot and eventually stopped going. I have since learned to study. I have pursued some (not a whole lot of) adult education. To get through that, I’ve had to acquire some study habits. It’s a lot easier when you’re paying for it.

Alice told me that to learn the saxophone, I’d have to practice for an hour a day. I nodded my head earnestly while inside I said to myself “no way, there’s no way I will ever do that”.  An hour a day seemed like an insane prospect. At that time, I probably watched an average of 4 hours of T.V. a day. The truth is, I wasn’t interested in learning to play the saxophone. I was interested in already knowing how to play the sax and being famous for it. I was interested in impressing a bunch of people with the fact that I played.  I imagine I was thinking of adult women because there were no girls my age who gave a fuck about the saxophone. Still, instead of admitting any of this and packing it in and returning my sax to the store it was rented from, I continued to do what I always did: Half ass it.

As the lessons progressed, it became clear that I was putting no effort whatsoever into learning to read music. I couldn’t. It was all just dots.  I mean, I could figure it out if I looked at it for a minute and sorta counted my way up the lines, but I couldn’t site read at all. Week after week, I’d do stupid things like read the music a note at a time, write the note names in above the notes and play that.  Or, I’d learn how to play the thing by memory, then just keep practicing that, without looking at the music. To instantaneously look at a note on the staff and play it seemed impossible.  Looking back, I understand that all it would have taken was some effort, some practice.  Some time spent staring in the blackness until something clicked. Some time spent, comfortable in the realm of not knowing, until a time came when I knew.  But no, for 12 year old Shawn, It was all variations on the stupid tricks that got me through my school days.

The sad part is that this was something I was supposed to enjoy.  It quickly devolved into being something I had to do. Another hustle I had to add to my already stressful school day hustle. Every Saturday morning, going to my lesson with Alice and pretending to have practiced for 6 hours wasting everyone’s time plodding through these lessons while doing none of the work at home to support it. My dad came in one time while I was practicing and asked me if I ever just messed around on the thing. I looked at him like he was a crazy asshole.  How would that help, I wondered?  How would that get me through my next lesson? He’s thinking about some Ornette Coleman free jazz shit and I’m trippin about trying to pretend to site read Good King Wenceslass.